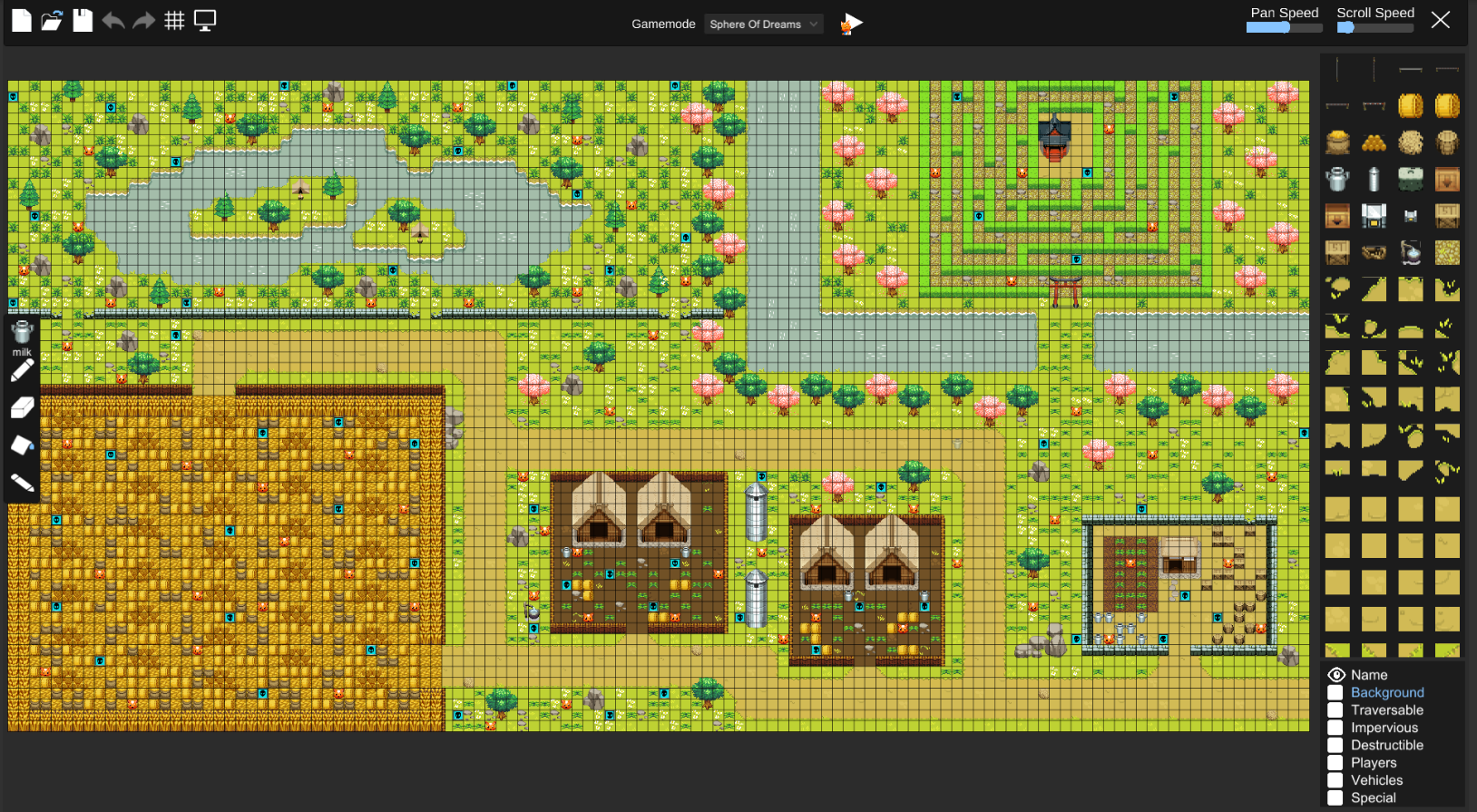 Kachiku is a university project that has been worked on across two different years by ~50 different students. Myself and 3 others inherited the level editor project made with Unity for the game and were tasked with improving it.

The level editor we originally inherited had very limited functionality, awful UI, and a number of bugs, some of which seriously hindered map creation. I was a de-facto project manager and one of the main programmers within the team, assigning tasks and setting up weekly milestones, supporting the gameplay teams and my team members, and handling technical features, issues, and debugging.

An instructional video on the level editor was made to support the gameplay teams.

Our team created a trailer to showcase what we created, which partly showcases the level editor being used.